Almost complete! You will now receive a confirmation email for your registration, please click the link in that email to finish the registration process and claim your comic rewards.

Nothing Found
View All Search Results

Two major Walking Dead comic characters have officially been cast for Season 9. Brett Butler (Grace Under Fire) will be playing the hot-tempered “salt of the Earth” Tammy Rose while John Finn (Cold Case) will portray the blacksmith Earl. We’ll catch you up on the actor and character bios along with how it affects the new season. 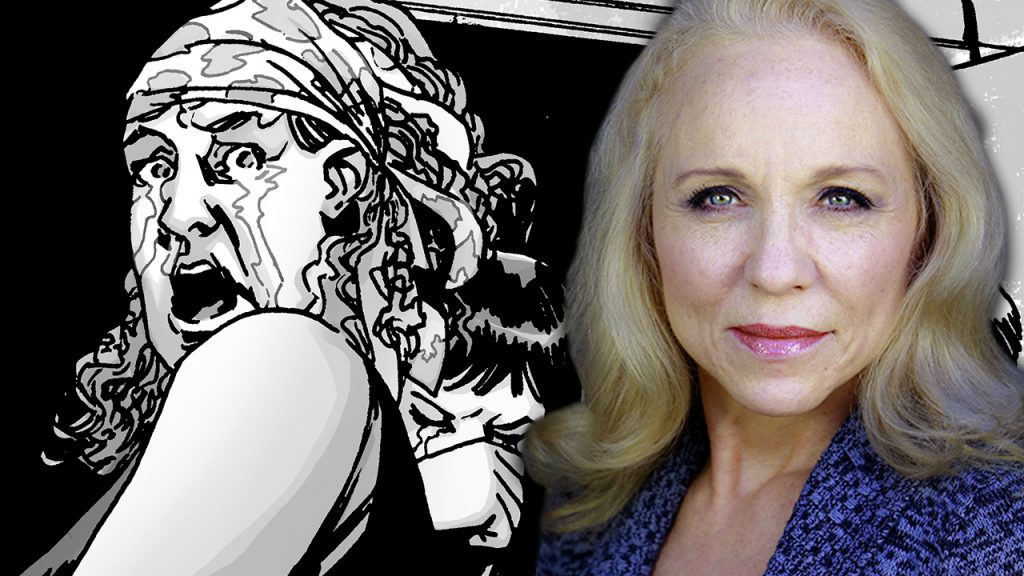 About Brett Butler: Brett Butler is an American actress, writer, and stand-up comedian who was born in Montgomery, Alabama and is known for her work on Grace Under Fire, The Young and The Restless, and How to Get Away With Murder. In 1996 she published a memoir called “Knee Deep In Paradise,” which chronicled her pre-fame life before Grace.

About Tammy Rose: First introduced in Issue 135, Tammy Rose is an ornery woman who lives at the Hilltop Colony with her husband Morton and son Brandon. Not much is known about her life before the apocalypse, but we do know she is fiercely protective of her family. In fact, the first time we see her she FUMES about her son and friend nearly getting beaten to death by Carl, who was protecting Sophia from getting hit herself. Despite the circumstances, Tammy goes ballistic on Maggie and makes her lock Carl up (which she does). 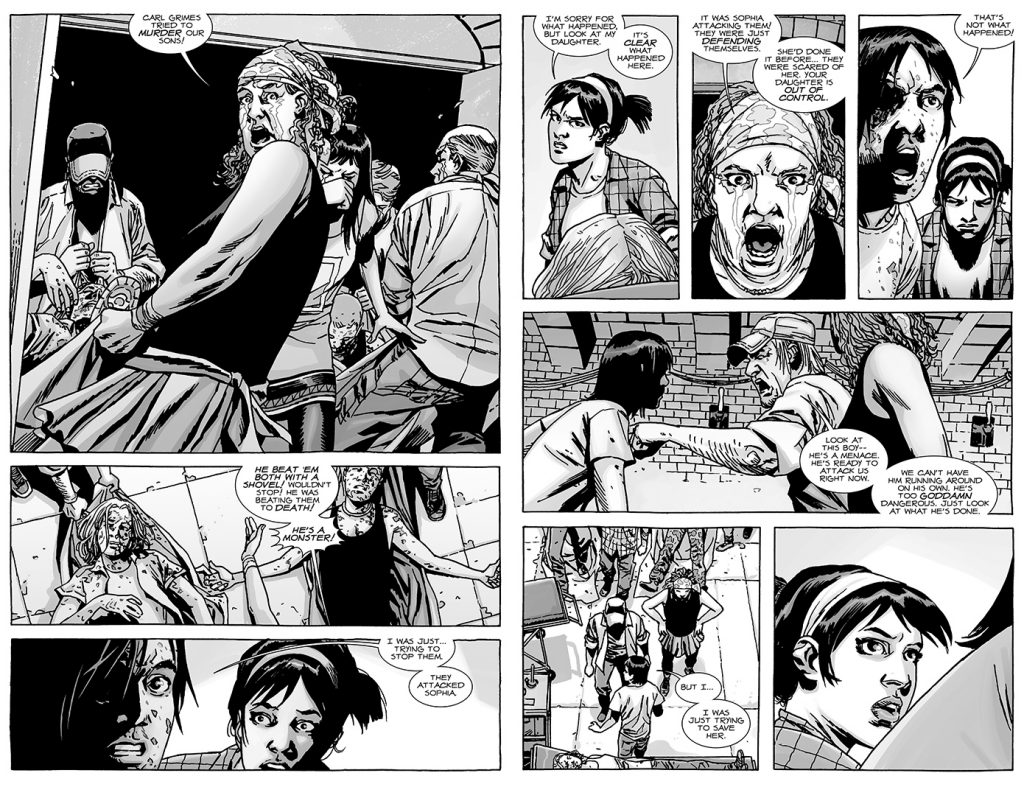 Tammy eventually settles things with Maggie after Gregory is hung for his failed assassination attempt on her. Unfortunately, Tammy is later beheaded by Whisperer leader Alpha along with a dozen others. With Carl out of the picture in the show, it will be interesting to see how Butler’s portrayal compares to the comics. Tammy and her Frances McDormand-esque attire can be briefly spotted alongside her husband Earl in the Season 9 trailer: 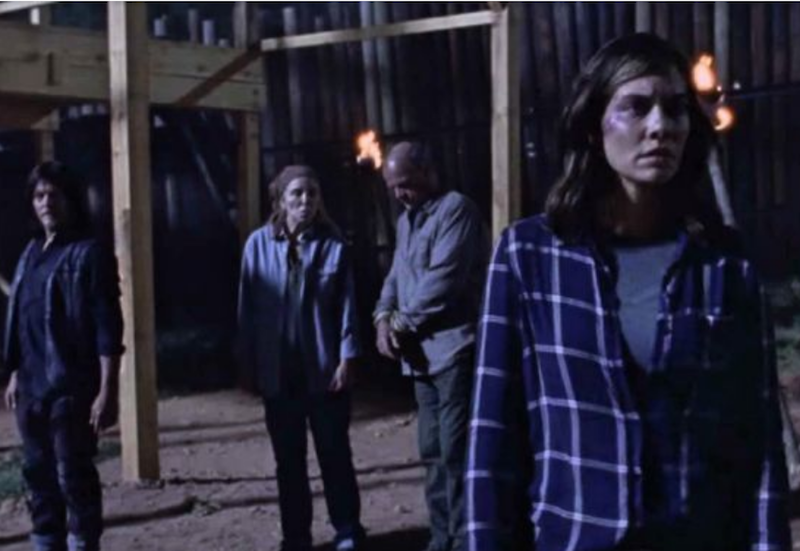 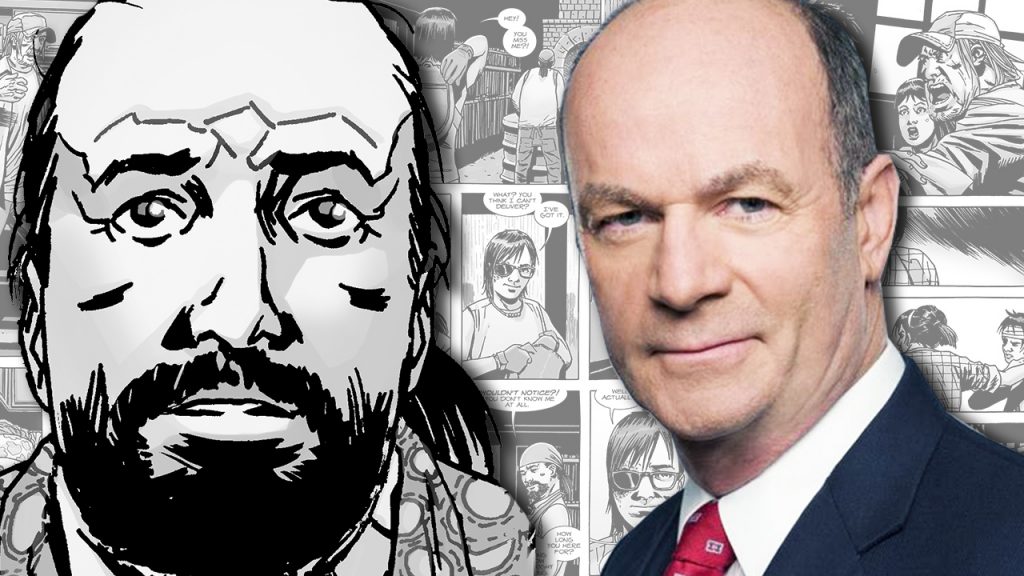 About John Finn: John Finn is an American actor from the New York. He attended Eldred Central School and later joined the Navy before getting his first major acting gig as Forman in B.J. And The Bear in 1979. Since then, Finn has had an eclectic acting reel that includes roles on shows like Cold Case, Dawson’s Creek, NYPD Blue, and NCIS. He has also appeared in movies like Glory, True Crime, and Catch Me If You Can.

About Earl: In the comics, Earl is the Hilltop’s easygoing blacksmith who helps create weapons and armor for the colony. Eventually, he mentors Carl and helps protect his neighbors during the Whisperer War. However, the show’s version of Earl will be married to Brett Butler’s Tammy, meaning his character could be remixed with Tammy’s comic husband Morton. 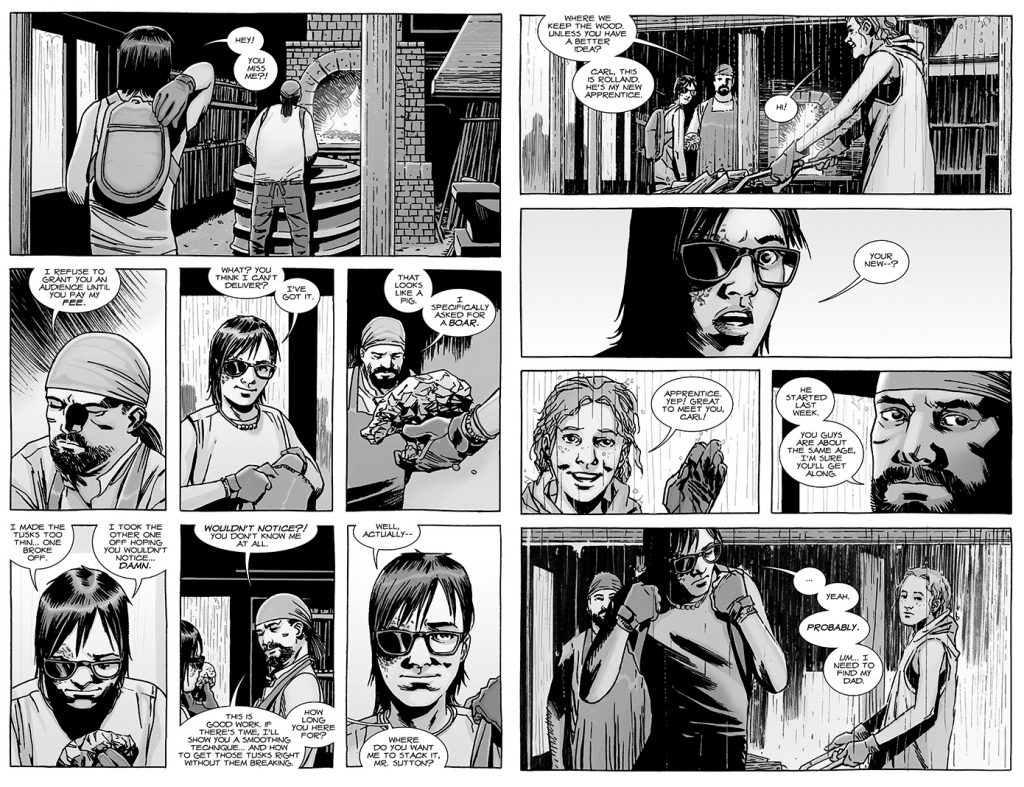 In the comics, Morton is an aggressive hot-tempered man who, like his wife, holds a grudge against Maggie for their son’s attack. When Tammy’s killed by Alpha, Morton becomes even more furious and openly opposes Rick’s retaliation plan. He gathers some friends to try and kill Rick himself but Rick bites his throat out, causing him to bleed out and die. 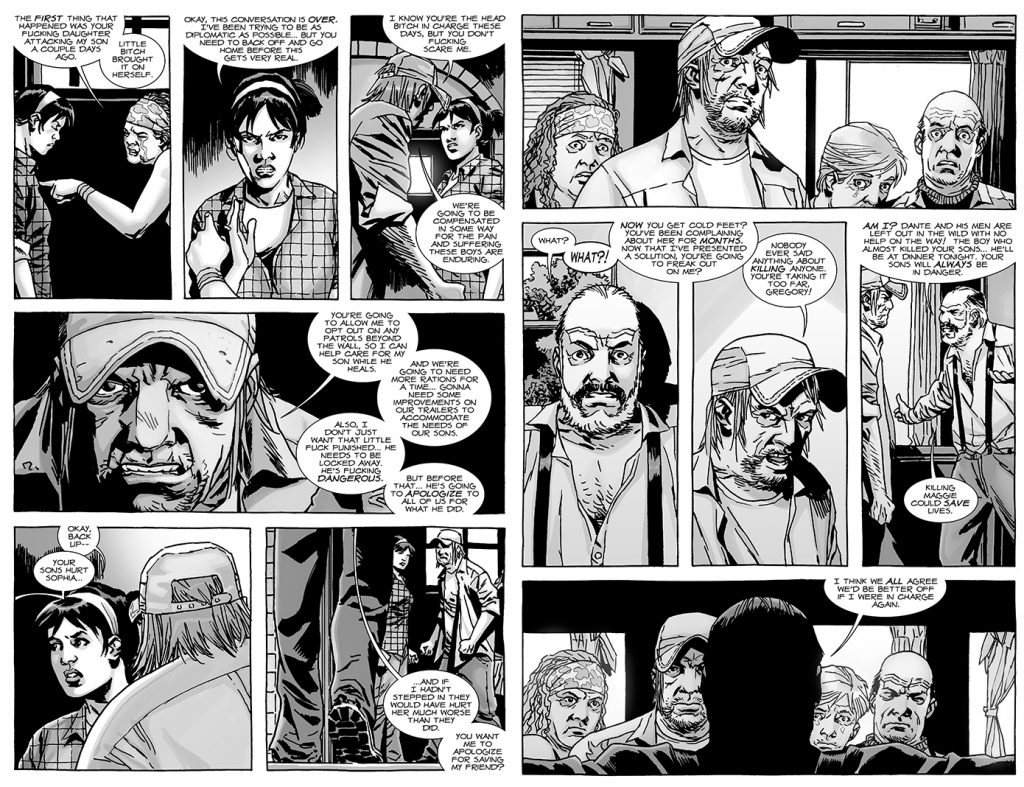 We’ll have to wait and see if John Finn’s Earl is actually mixed in with the comic version of Morton or he’s more true to the source material.

Every Michonne Kill From The Walking Dead Season 9

AMC compiled every brutal (yet amazing) Michonne kill from The Walking Dead Season 9.

Was There A Rick Grimes Easter Egg In Fear The Walking Dead’s Premiere?

Every Michonne Kill From The Walking Dead Season 9

AMC compiled every brutal (yet amazing) Michonne kill from The Walking Dead Season 9.

The Walking Dead Issue #192 is a major milestone, so we're offering a third cover by artist Charlie Adlard honoring...

Danai Gurira appeared on Hollywood Reporter's actress roundtable to talk her infamous roles and how much input she has in...

Fans Pick the Arcs and Fights They Want to See in the INVINCIBLE Animated Series!

Talk Bye To Me – Talk Dead To Me REANIMATED (Feat. Addy Miller!)

© 2018-2020 Skybound, LLC and/or its affiliates. The Skybound mark and any related logos are trademarks of Skybound, LLC